Between now and the end of the year, Katy Hui-wen Hung and I will be sharing some excerpts from our new book, which is available direct from the publisher and also via Amazon.

In this extract from Chapter 9: Teaching, Sharing and Learning Taiwanese Cuisine, we describe how an Australian-trained Taiwanese chef introduces and teaches common Taiwanese dishes to foreign and local culinary enthusiasts. 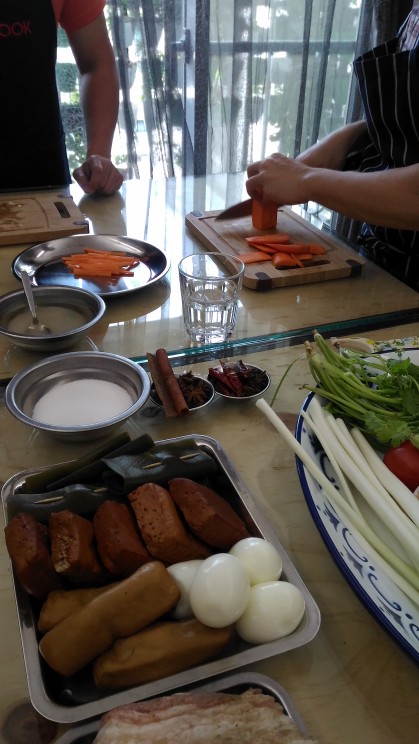 Calvin Tu pitches the small group classes he teaches at GOTUCOOK in Tamsui as a travel experience. “There’s nothing better than learning about a local culture by tasting and experiencing the food. Even better is experiencing this food culture by learning how to cook local cuisine yourself,” says the chef.

Trained at Le Cordon Bleu and TAFE South Australia in Adelaide, where he specialized in modern Western and Asian cuisine, Tu worked as a chef in Australia until returning to Taiwan in 2011. At GOTUCOOK, he sets his prices so the classes are affordable by young travellers passing through Taiwan, and he endeavors to teach (in English and Chinese) in a way that is, “as hands-on as possible, with plenty of one-on-one time for questions and answers.”

“I do this to connect with people,” says Tu, who first learned to appreciate food and cook with his mother. “Food gets people together, but food is also memory. I’ve been sensitive to flavors since I was a child, and good food flavors make for good memories. Sharing good memories with people who have the same interests and passions is delightful.”

In a typical class, Tu’s students may learn how to prepare beef-shank noodle soup with tomatoes and carrots; Taiwanese-style pickled cabbage; and a platter of lǔwèi. Asked which Taiwanese dishes he most recommends to Western gourmets, he names lǔwèi, three-cup chicken, and shredded chicken with gravy on white rice. The magic ingredient in the last one, he says, is deep-fried scallions. Tu helps Westerners understand Taiwanese food by relating local dishes to items they are familiar with. For instance, he introduces ròuzào fàn as “pork Bolognese sauce on rice.”

Tu has found certain local foodways are more difficult for Westerners to accept than others. Americans, he points out, think pork gēng looks a bit like porridge, which they consider a breakfast food. Also, few of them find the concept of savory porridge appealing. A similar mental barrier stands between some people and the iconic oyster omelet. Not only do they think that eggs dishes should be served for breakfast, rather than after dark, but they find the lumpy texture off-putting. Most have eaten tofu, yet are caught off guard by the use of fermented black soybeans (dòuchǐ) as a condiment. 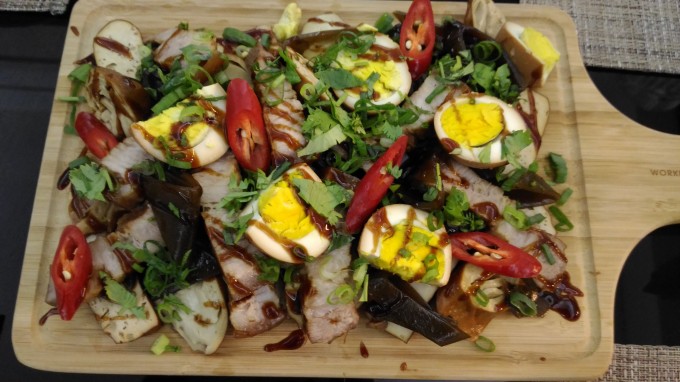 “In general, I think Taiwanese are pretty adventurous when it comes to food,” Tu says. He teaches culinary skills and restaurant management part-time in local vocational high schools, and concludes young people’s interest in non-Taiwanese cuisines is not driven by any particular fascination with Western culture: “They can accept different flavors, and they’re ready to explore, not just Western, but also Southeast Asian cuisines. The key thing is taste, not geography.”

One thought on “A Culinary History of Taipei: Beyond Pork and Ponlai (extract #1)”