Building on research we did for our book, A Culinary History of Taipei: Beyond Pork and Ponlai, Katy Hui-wen Hung and I produced two feature articles for the wine & dine special issue of Taiwan Business Topics published in January. One examined the role sweet potatoes have played in local foodways since the 1600s (“The Sweet Potato’s Rise and Fall – And Rise Again”). The other was a history of bento boxes (“The Biandang from Japanese Days to the Present”) which touched on the issue of recycling used lunchboxes. We actually had three items in the magazine, as the editor invited us to describe how we came to write our Taiwan food book (“Why and How We Wrote a Culinary History of Taipei”).

The day after I returned to Taiwan from a month-long visit to the UK, I traveled to a town about an hour from my home to report on a bando. What is a bando? An outdoor banquet of traditional delicacies prepared on-site, usually to celebrate a wedding, a temple anniversary, or a company’s end-of-year bash.  The online version of that article (“The Art of Managing Tables”) has just appeared; it’ll also be in the print version of Travel in Taiwan. Over the years, that magazine has sent me on several railway journeys, to explore Taiwan’s oldest neighborhoods, and in pursuit of migrating butterflies. 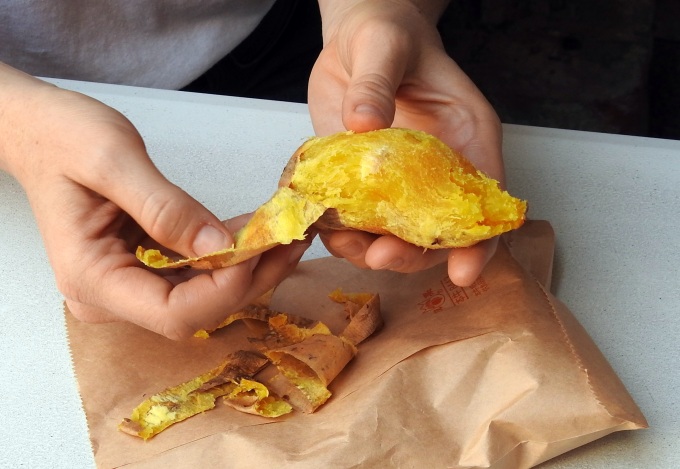 Compiling a roundup of Tainan’s best street food (“A Culinary Walking Tour Through Taiwan’s Street Food Capital”) for Eater.com took a good amount of time, but led to me discovering several excellent little eateries, to which I’ll surely return in the future. After living in Tainan for 24 of the past 28 years, I feel I’ve no excuses for not already knowing about these places. To make partial amends, I’ve added a couple of them to my Taiwan guidebook; Bradt will publish the third edition this June. My article for Eater is just one component of their very comprehensive and beautifully structured guide for Taiwan-bound gourmets. It begins here.