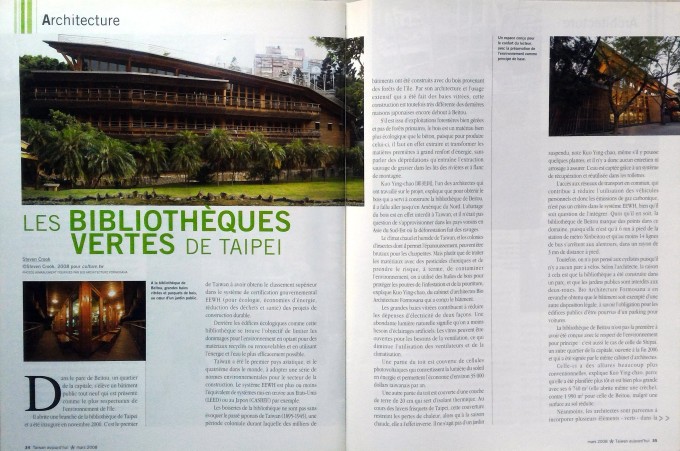 Seeing one’s work in a different language provides a singular satisfaction. Several of the articles I’ve written for Taiwan government publications – this one, on the emergence of co-working spaces around the island, is the most recent – have been translated from English into French, German or Russian. What makes the experience even more pleasurable is that the government asks my permission in advance, and then pays me an additional fee, approximately 30% of what I got paid for writing the article in the first place.

The article shown here appeared in the March 2008 issue of Taiwan aujourd’hui. The French-language title means “The Green Libraries of Taipei” but the three-page article is actually a condensed version of a 2007 piece of mine called “Green Buildings Paint Bright Futures.” Sustainable architecture is a subject that fascinates me and to which I often return, for example here and also, from a somewhat different angle, here.