Pretty much everything I’ve written in the past five months has been shaped by the pandemic.

I was eager to return to the subject of multi-level marketing (MLM), because in my previous article I’d not been able to cover certain aspects of this much-loathed industry. But rather than develop ideas I’d been sitting on since late last year, the editor and I thought it best to look at how MLM companies are struggling to control unscrupulous or misinformed direct sellers who see COVID-19 as a golden opportunity to promote air-filtering machines and nutritional supplements.

To research the piece, I resumed contact with the MLM managers who helped me in 2019. After the second article appeared on May 28, the spectrum of responses I got from them surprised and amused me. A manager at one told me: “The article is really incisive, I learned from you a lot. I will share it with all our members by our official FB.” Another company made no comment, while the third protested: “I must tell you that we are quite disappointed with the tone of your article, which makes [us] and the industry as a whole look bad.”

It’s been many years since I’ve received feedback like that. Perhaps I’m too kind to the people and businesses I write about… 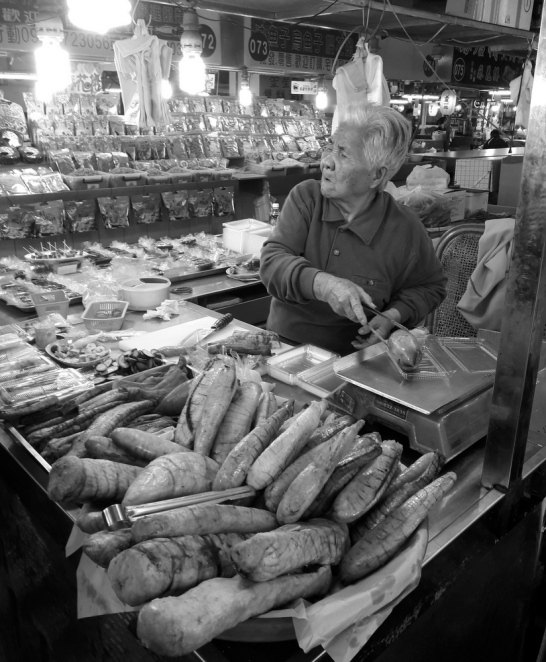 I then covered the issue of working from home (WFH) / working remotely, which I first wrote about in late 2006. In all that time, the needle has barely moved, even though WFH could help Taiwan with its low birth-rate and serious traffic congestion.

Recalling an article I did last year on two-tier pricing in Taiwanese tourism, my editor at Taipei Times asked me to try to find out why Taiwan’s government decided that most foreign residents shouldn’t qualify for the stimulus coupons it began to issue just a few days ago. I approached several officials and various ministries, but the authorities wouldn’t tell me their reasons. We have to assume the thinking behind the exclusion would bring shame on the government, or that officials were too lazy to revise rules set way back in 2009 for a similar program. You can see what I did find out here.

The photo here is one I took in the main seafood market in Donggang, Pingtung County. It appears in A Culinary History of Taipei: Beyond Pork and Ponlai.